Wakeup Call to CPA Firms: Stop Writing Off Your Profits

Wakeup Call to CPA Firms: Stop Writing Off Your Profits 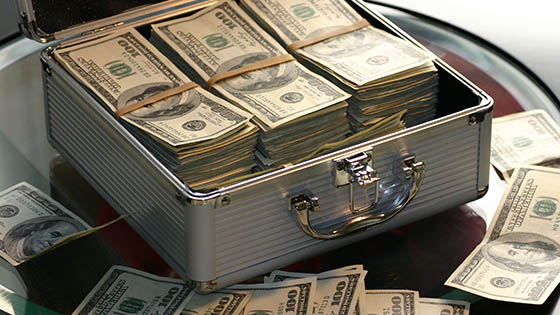 How much money did you leave on the table last year? Based on industry averages, it was probably as much as 20% of gross fees.

Maybe it was higher this busy season, since this was the first tax season after the full implementation of the most significant tax reform in decades.

Most private companies and nonprofits are implementing the new revenue recognition standard this year, and then we have the new lease accounting standard in 2020. If yours is like most other mid-sized CPA firms, your clients are ill-prepared for these new standards. Are you prepared to bill them for all of the time you spend helping them get ready?

The truth is that running a profitable CPA firm is hard, and it’s only made worse by the fact that we seem to have this profession-wide delusion that writing off between 10% and 20% of our standard billings is totally acceptable.

We tell ourselves things like, “We put in too many hours on that job,” or “It’s too late to bill for those hours.” Also, “They are an important client, so it’s OK that we have a lower realization rate on audit and tax compliance work.” Why is this acceptable? After-the-fact rationalization does not replace upfront anticipation and communication. Unless you start doing things differently, you can’t expect things to get much better.

Clients want proactive service and a reasonable cost estimate for services before the work is undertaken by the firm. Partners are supposed to anticipate client needs and communicate the level of effort required and the related cost. When this gets out of order, client satisfaction rapidly declines.

I would argue that a main reason for underbilling is because until now, we have lacked the tools to monitor and manage engagement profitability, including adjustments to billing arrangements, when it really matters.

Think about your firm’s budgeting process. Chances are it consists of a spreadsheet that allows each project manager to input the number of hours each team member is expected to spend on each task. But what if that person discovers they need more time to complete a task? What if they finish in less time?

One of the great ironies of our profession is that we don’t know what our true profitability is until after an engagement closes and we scramble for additional billing opportunities.

According to the 2018 Rosenberg Survey, the average firm with at least $20 million net revenue had roughly 83% realization. This means that the assumed 10 partners in that average firm left more than $4 million — or $400,000 per partner — on the table. Put another way, if they hadn’t taken those write-offs, those partners could have increased total partner compensation by about two-thirds.

How do we stop this cycle of writing off our profits?

First, CPA firm leaders must commit to the necessity of continuously monitoring engagement status and profitability in real-time in order to make the necessary adjustments in staffing and client communication. And then we need the tools that allow us to make changes before it’s too late. It is imperative that firms put tools in the hands of the people who are closest to the engagements — our project managers.

With our latest release, PracticePro 365™ brings these tools to the market. We designed our new Profitability Forecaster to provide visibility into planned and ongoing engagements, giving you the power to make changes that will increase profitability.

The Profitability Forecaster adds a new dimension to CPA firm engagement planning and performance. Not only does it show you who will be doing what on each engagement and how many hours each person is expected to bill, but it also shows when they will perform these tasks. And it makes it easy for team members and project managers to record changes in those estimates, so when circumstances change, so does your estimate at completion.

Armed with this tool, CPA firm leaders have the power to:

The Profitability Forecaster is a tool — a powerful one that illuminates which jobs (and which people) are making money for the firm. But at the end of the day, it will only benefit those firms where the leaders have the courage, vision and energy to commit to act on the insights it surfaces and change the status quo.

Want to see how PracticePro 365 Profitability Forecaster can add a new dimension to your firm’s engagement planning? Schedule a demo today.